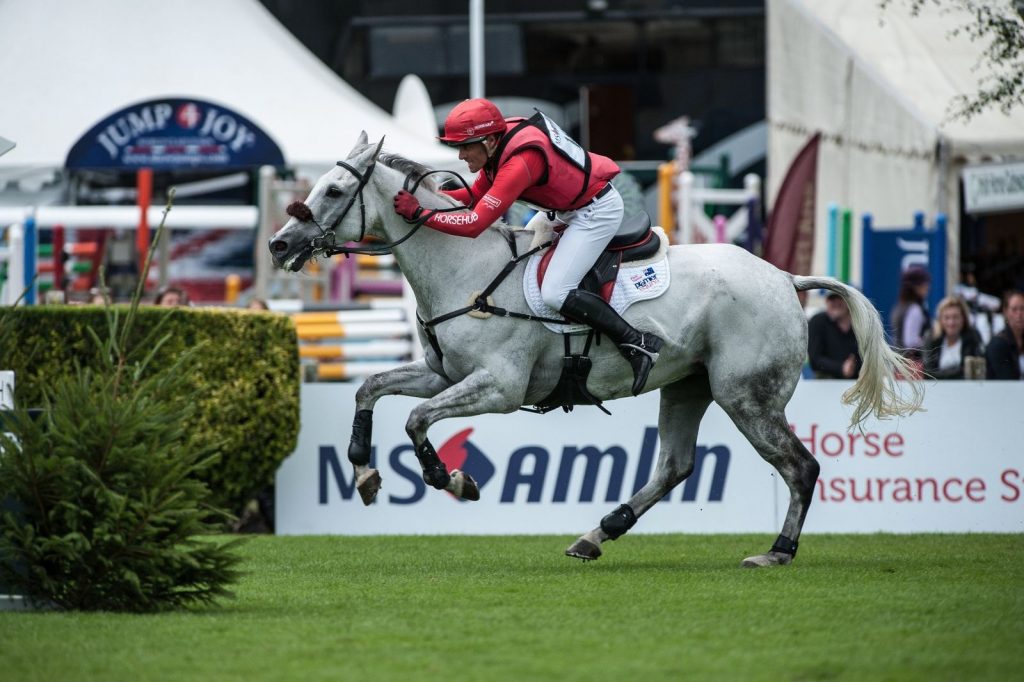 Last year’s MS Amlin Eventers’ Challenge winner Paul Tapner is set to return to Hickstead next week with the aim of retaining the title.

The Australian rider, who won Badminton in 2010, claimed the title last year with a perfectly-judged round on the grey Bonza King of Rouges.

The pair are entered for the eventing showcase once again, but they face some tough opposition – including Olympic gold medallist and eventing legend Mark Todd (NZL), who is due to ride his London 2012 horse NZB Campino. Another Antipodean who’ll be gunning for a first win in this class is Christopher Burton (AUS), who is bringing his Barbury 2016 CIC3* winner Polystar.

Among the most popular horses to line up for the class will be Borough Pennyz, the ride of Italy’s Vittoria Panizzon. The grey mare’s record includes finishing 11th at London 2012, eighth at the Europeans in 2013 and seventh at Badminton the same year, and she has not finished outside the top 10 in any of her completed events for more than two years.

Ireland’s entries include Joseph Murphy, who was third last year behind Paul Tapner, and the 2016 winner Elizabeth ‘Esib’ Power, whose horse has a brilliant record at Hickstead. Esib and Doonaveeragh O One have twice finished in the prize money in the Al Shira’aa Derby, and her horse won the British Speed Derby in 2013 with Esib’s brother, jockey Robert Power, in the saddle, so the pair are definitely in with a chance of adding another Hickstead win to their tally.

A strong British contingent is headed by local girl and current world number three Gemma Tattersall, who is entered with her talented mare Chico Bella. Other Brits to look out for include Tom McEwen, who has been longlisted for the upcoming FEI World Equestrian Games and has previously finished in the top three in the MS Amlin Eventers’ Challenge; and Abi Walters, who finished runner-up in 2017 following several previous placings with her diminutive mount, Perfick Miss Amber.

David Ashby of sponsors MS Amlin says: “We are delighted to be associated with the event again, and greatly value our relationship with Hickstead and with many of the riders who are competing. We are particularly happy this year that Vittoria will be representing us in our own competition, and wish all the competitors a safe and exciting round.”

The MS Amlin Eventers’ Challenge has been held over the same course since 2015, with a mixture of solid and knock-down cross-country obstacles set in Hickstead’s famous International Arena. Riders must complete the course as quickly as possible, with any poles falling adding 4sec to the total time.

It forms the focus of Thursday 26th July at the BHS Royal International Horse Show (25-29 July). Thursday also marks the start of the international showjumping classes, held under the banner of the Longines FEI Jumping Nations Cup™ of Great Britain, with the title class bringing the event to a close on Sunday 29th July.

Sign up for our email newsletter and receive updates of what is going on in your area, plus ensure you don't miss our great online competitions.

Thank you for subscribing

We don't SPAM or pass information without permission