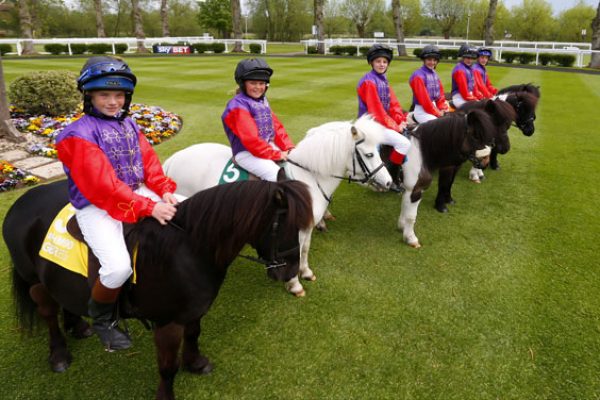 A Royal Shetland Race in honour of The Queen’s 90th birthday took place earlier today, 9th May 2016, at Royal Windsor Racecourse. Six Shetland ponies charged down the Windsor straight over two and three quarter furlongs (approx. 550 metres), with all riders donning the distinctive and prestigious Royal jockey silks owned by Her Majesty The Queen. Each of the ponies were temporarily re-named after one of the Queen’s most successful racehorses and included the likes of a mini ‘Estimate’ whose great namesake famously won the Gold Cup at Royal Ascot in 2013.

END_OF_DOCUMENT_TOKEN_TO_BE_REPLACED

Valkenswaard United Rocket up the Rankings after GCL Hamburg win

Valkenswaard United’s formidable duo of John Whitaker (GBR) and Bertram Allen (IRL) rocketed up the Global Champions League team rankings after a stunning win in Hamburg on 6th May 2016. This was the first time two teams finished on a score of zero and the temperature rose as the riders’ combined time came into play to determine the final order providing a fascinating nail-biting finish to the 1.55m two round competition. Valkenswaard United now sit on 130 points overall, with Monaco Aces on 119 points and Antwerp Diamonds close behind on 116 points overall.

END_OF_DOCUMENT_TOKEN_TO_BE_REPLACED

Leading performance clothing brand MUSTO has joined forces with Royal Windsor Horse Show, for The Queen’s 90th birthday, as the event’s official clothing supplier. Known in the equestrian world for creating innovative garments inspired by the brands pioneering sailing ranges, it’s no wonder that MUSTO is a royal favourite.